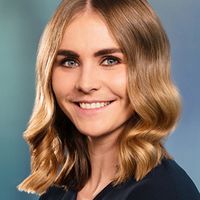 Transition bonds are a relatively new classification of bonds, the proceeds of which are used to fund issuers in 'brown' industries' transition towards a reduced environmental impact.

Unlike green bonds, where the focus is on the direct use of the proceeds for environmentally-friendly projects or by an issuer that is classified as 'green', transition bonds focus on an issuer’s commitment to becoming greener by requiring them to use the proceeds for climate transition-related activities (i.e. transitioning from 'brown' to 'green').

Proponents of transition bonds suggest that they are an appropriate asset class for issuers in industries such as energy, chemicals and transportation that have aspirations and the potential to become 'greener', rather than be excluded from the green bond market entirely.

Transition bonds have also attracted some criticism. For example, if they endow carbon-emitting companies with reputation boosts (often referred to as 'green washing'), without requiring that they systemically change their business practices.

So far, only a handful of transitions bonds have been issued worldwide, but it is expected that there will be many more to come as they represent a new and attractive asset class for investors. More importantly they will facilitate the transition into a 'greener' economy.

Green is the ambition, green is the objective. Transition is the way we get there.