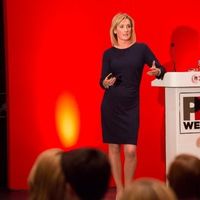 Stephen Lawrence would have been 47 in September 2021 and, all things being equal, living his life as an architect. But things weren’t equal and instead, today, 22 April, we mark the 28th anniversary of the day he was murdered.

I am privileged to be a Trustee of the Stephen Lawrence Day Foundation, the home of Stephen’s legacy, and we are developing year-round programmes structured around three interlinking C’s: Classrooms, Community and Careers.

This film has been created for the Foundation by acclaimed director Simon Frederick with words by musical artist Max Cyrus to mark Stephen Lawrence Day. It’s called ‘Never Forget Stephen Lawrence’ to raise awareness of Stephen’s name amongst the younger generation – some of whom will not know Stephen’s story, and as a reminder to everyone that while progress has been made, there remains a long way to go.

Stephen Lawrence Day celebrates everything being done by so many to create a fairer society in Stephen’s name. And it’s a lot: from fundraising in schools and small business, to reach outs from large organisations who want to contribute positively.

Here at Ropes & Gray, we have marked the day with an office-wide panel event, to which we were proud to welcome the following panel of speakers: Imran Khan QC, the Lawrence family’s lawyer and a Trustee of the Stephen Lawrence Day Foundation, Raphael Mokades, founder and managing director of Rare Recruitment, and a graduate who was a beneficiary of a scholarship scheme set up in Stephen’s name. We discussed the legacy of Stephen Lawrence, the positive impact of targeted careers and recruitment programmes and, importantly, touched on a roadmap for proactive change.

If your organisation is interested in partnering with the Foundation, please get in touch