According to the Financial Action Task Force (FATF), environmental crimes are the third most profitable activity for illicit groups, behind trafficking drugs and counterfeit goods. "Environmental crimes" include the illegal exploitation of natural resources (such as oil, timber, metals, etc.), illegal fishing, illegal trafficking of animals and wildlife, and poaching.

According to FinCEN, these environmental crimes frequently involve transnational organised crime and corruption, and are often associated with a variety of other crimes including money laundering, bribery, theft, forgery, tax evasion, fraud, human trafficking, and drug trafficking. These crimes not only profit bad actors and allow them to further their criminal enterprises, but have devastating impacts on biodiversity and health and safety of local people.

To aid authorities to identify and address such crimes, FinCEN requests FIs to refer to the relevant environmental crime in their SAR filing, such as “wildlife trafficking,” “illegal logging,” “illegal fishing,” “illegal mining,” “waste trafficking” and/or multiple crimes, if relevant. FIs should also include as much information as possible regarding how the illicit product, plant, or waste was solicited, acquired, stored, transported, financed, and paid for and information on the entities involved.

FIs should also refer to the guidance for an overview of environmental crimes and where and how they often occur. For example, illegal wildlife trafficking often is funded through cash and informal payment mechanisms, although convertible virtual currencies and bank transfers are also used. Social media is increasingly used to source and sell trafficked wildlife.

Illegal logging can be difficult to spot as it may be comingled with legitimate business. However, FIs should be alert to the use of shell companies and products originating from areas at higher risk of illegal logging (such as Central and South America) and consumed in China, Japan, Western Europe and the USA.

Illegal fishing, mining, and hazardous substance trafficking often coincide with other crimes and may similarly be comingled with legitimate business. FinCEN underlines the severe impacts of all of these crimes and therefore the critical importance of taking steps to identify and report them.

In July 2021, FATF released a report titled "Money Laundering from Environmental Crime" in which it sets out information on the scale, nature and typologies of environmental crimes. FATF found in particular that national financial intelligence units (FIUs) with responsibility for investigating financial crimes, “do not have many cases or insights on successful analysis on information received from financial institutions or other reporting entities that may pertain to environmental crimes."

Respondents from FIs also reported a lack of feedback from FIUs or requests for information from other competent authorities, which FATF concludes "may suggest that STRs related to environmental crimes do not receive as high a level of attention compared to other crimes."

On the other side of the pond (and despite supporting FATF's study), environmental crimes do not feature in the list of glossary codes published by the UK National Crime Authority (NCA). The UK has however recently committed over £7 million to "tackle" illegal wildlife trade.

The Financial Crimes Enforcement Network (FinCEN) is issuing this Notice to call attention to an upward trend in environmental crimes and associated illicit financial activity. FinCEN is highlighting this trend because of: (1) its strong association with corruption and transnational criminal organizations, two of FinCEN’s national anti-money laundering and countering the financing of terrorism (AML/CFT) priorities; (2) a need to enhance reporting and analysis of related illicit financial flows; and (3) environmental crimes’ contribution to the climate crisis, including threatening ecosystems, decreasing biodiversity, and increasing carbon dioxide in the atmosphere. 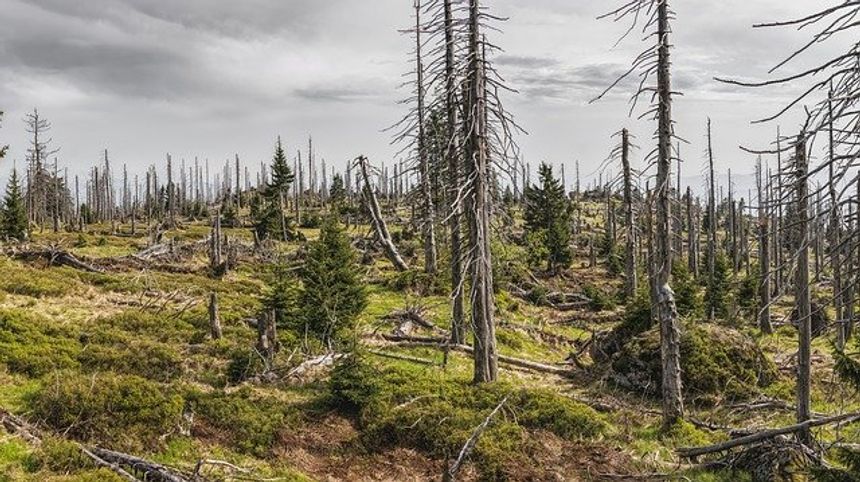