The Financial Crimes Enforcement Network (“FinCEN”) released a Financial Threat Analysis in December 2021 analysing suspicious activity reports (“SARs”) received between January 2018 and October 2021 related to illegal wildlife trafficking (“IWT”). This follows on from FinCEN’s November 2021 note on IWT (see our post here) and the FinCEN exchange on environmental crimes and related financial activity. The Financial Threat Analysis seeks to provide financial institutions, businesses, and the public with information on typologies and trends to better recognize IWT.

FinCEN reviewed a total of 212 SARs, with an estimated value of activity exceeding $1 billion. However, FinCEN’s report notes that although the number of SARs related to IWT increased year-on-year throughout the review period, they remain low compared to the between $7 and $23 billion of estimated IWT occurring each year. Some of the reasons for this may be the difficulty in differentiating licit and illicit wildlife trade

In 10% of SARs, FinCEN identified connections between IWT and corruption. Corrupt activities included bribes to foreign government officials to ignore or decline to prosecute illegal activity or to otherwise facilitate access to procure and transport wildlife. FinCEN also identified seven SARs which suggested that organized crime was involved in wildlife trafficking, in particular Chinese, Japanese, Italian and Russian organized crime syndicates. These findings further highlight the linkages between IWT and other crimes, in particular drug trafficking and money laundering.

Both corruption and transnational criminal organizations were two of FinCEN’s national anti-money laundering and countering the financing of terrorism priorities published in June 2021.

The U.S. Department of State identified six particular "countries of concern" implicated in IWT, based on significant government involvement in or failure to prevent IWT, with 25% of SARs in this dataset referencing one or more of these jurisdictions: Cambodia, Cameroon, Democratic Republic of the Congo, Laos, Madagascar and Nigeria.

While according to the SAR data, most proceeds of IWT end up in the country where the leaders of the wildlife trafficking network are based, money laundering occurred in various other countries. In fact, U.S.-based accounts were frequently associated with receiving the proceeds of IWT, with FinCEN noting attractiveness of the “reach, speed and accessibility” of the U.S. financial system for money laundering.

Overall, wildlife trafficking related SARs trended up by 154% in the review period. While this could mean there has been an increase in IWT, it could also reflect improved awareness, detection, and reporting.

In the review period, 66% of SARs were filed by depository institutions, closely followed by money services businesses (“MSBs”) (24%). Other financial institutions, such as casinos and those dealing with securities and futures, submitted the remaining 10%.

In general, FinCEN notes that the methodology for laundering proceeds generated in IWT is similar to the laundering of proceeds of other crimes. However, FinCEN identified certain indicators of potential IWT, including:

The SARs reviewed referenced some of the most commonly trafficked animals and animal parts including: elephants, rhinoceroses, assorted reptiles, corals, pangolins, big cats, parrots, raptors, tortoises, totoabas, freshwater turtles, ivory, sharks, and sea turtles. However notably, some animals which are also known to be highly trafficked - such as eels – were not referenced in the dataset.

Financial institutions play an important role in identifying and reporting suspicions of IWT and should incorporate FinCEN’s findings and guidance into their risk assessments and evaluation of transactions. Companies and financial institutions involved in supporting relevant sectors should also be aware of red flags relevant to their businesses.

Given the variety of wildlife involved, indicators of illicit activity differ based on what is being trafficked and to what destination. The detection of wildlife trafficking is challenging as it is often comingled with potentially legal activity and does not necessarily bear hallmarks specific to wildlife trafficking. This makes clear and detailed descriptions of the activity that is being identified in a SAR extremely important for the government’s effective use of the information. 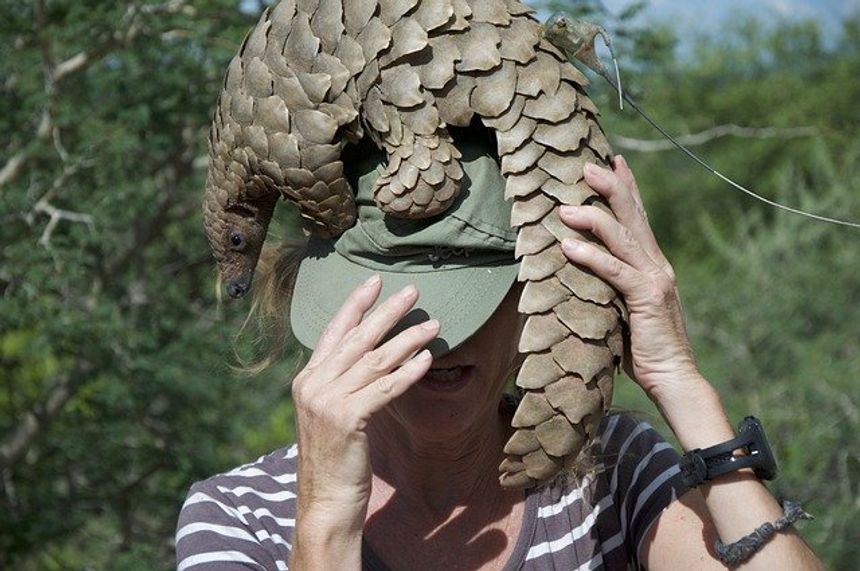