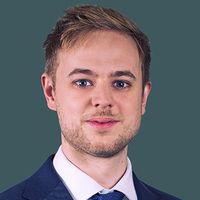 This is the first instance where the Commission has blocked a transaction where the applicable antitrust notification thresholds were not met (whether at the EU level or at the national Member State level), and comes just days after Illumina won an initial ruling from an Administrative Law Judge in the US Federal Trade Commission’s (FTC) in-house lawsuit to block the transaction. It is also the first case subjected to interim measures following early implementation prior to receipt of antitrust approval, and the first vertical merger prohibited on an innovation competition theory of harm.

In September 2020, Illumina, a US supplier of next-generation sequencing (NGS) systems for genetic and genomic analysis, had agreed to acquire GRAIL, a US customer of Illumina’s NGS systems that GRAIL uses to develop, and will be used to perform, GRAIL’s cancer detection tests. These tests use a simple blood sample to detect different cancers in asymptomatic patients at an early stage and were considered to have the potential to be a game-changer in the fight against cancer.

GRAIL was not revenue-generating and therefore did not satisfy the Commission’s revenue thresholds, nor indeed those of any EU national Member State, and as a result, the acquisition was not notified in Europe. However, following a third-party complaint, the Commission revived an old, entirely dormant mechanism under Article 22 EUMR (which had previously been intended and only used to allow those Member States without a national merger control regime to refer a case to the Commission). Under a new interpretation, Article 22 EUMR would now allow the Commission to review transactions which fall below the applicable revenue thresholds, such as Illumina/GRAIL.

To that end, the Commission published guidance on its revised approach to Article 22 EU Merger Regulation referrals in March 2021, which we discussed in a former post here. It was on this basis that the Commission – for the first time – applied this new approach and invited Member States to refer the Illumina / GRAIL case to it for review, six of which duly did.

In July 2021, the Commission identified concerns regarding the impact of the transaction on the development and supply of NGS-based cancer detection tests and referred the transaction for an in-depth, Phase 2 investigation. Illumina later contested the Commission’s jurisdiction in December 2021, arguing that a Member State could not refer a transaction to the Commission if its own national merger control threshold is not met. However, in July 2022 the General Court upheld the Commission’s approach to its Article 22 EUMR policy and its decisions, which Illumina has indicated it intends to appeal to the European Court of Justice.

Meanwhile, in spite of pending antitrust investigations on both sides of the pond, Illumina proceeded to complete its acquisition of GRAIL in August 2021. This breach of the Commission’s standstill obligation resulted in an immediate investigation by the Commission, with a Statement of Objections issued in July 2022 and potential fines looming of up to 10% of each companies’ annual worldwide turnover. This process remains ongoing.

The Commission notes in its prohibition decision that the merger would have stifled innovation and reduced choice in the emerging market for blood-based early cancer detection tests. Moreover, the acquisition would have enabled and incentivised Illumina to foreclose GRAIL's rivals, who are dependent on Illumina's technology, from access to an essential input they need to develop and market their own tests. As a result, the Commission held that GRAIL's competitors would be put in a disadvantaged position compared to GRAIL, and that those foreclosure strategies would have resulted in a significant detrimental effect on competition in developing and marketing NGS-based cancer detection tests in the European Economic Area.

This is an another prime example of transatlantic cooperation, where the FTC’s and Commission’s respective approach to the merger were aligned. While the FTC has already filed notice of its intent to appeal the Administrative Law Judge’s decision which sided with Illumina, the Commission’s subsequent intervention achieves the objective of both authorities (reminiscent of the UK Competition and Markets Authority’s prohibition in another US merger – Sabre / Farelogix – coming shortly after the US Court’s decision approving the deal after a challenge from the US Department of Justice).

The Commission’s decision means that Illumina will now need to unwind the transaction it completed back in August 2021 in order to restore GRAIL’s independence. Illumina has confirmed that it intends to appeal the prohibition decision while reviewing strategic alternatives for GRAIL in the event the divestiture is not stayed pending its appeal. The Commission’s decision ordering interim measures for early implementation against the standstill obligation has been appealed, and it is expected that any divestiture order imposed by the Commission would be appealed as well.

The European Commission has prohibited, under the EU Merger Regulation, the implemented acquisition of GRAIL by Illumina. The merger would have stifled innovation, and reduced choice in the emerging market for blood-based early cancer detection tests. Illumina did not offer remedies sufficient to address these concerns.