The Foreign, Commonwealth & Development Office (FCDO) has published its Sanctions Regulations Report on Annual Reviews for 2021, as required under section 30 of the Sanctions and Anti Money Laundering Act 2018 (SAMLA). This is separate to the OFSI annual review (see our previous post here).

The Report helpfully provides a consolidated overview of how UK sanctions work, including trade, financial, transport and immigrations sanctions as well as exceptions and licensing. Since the end of the Brexit transition period, the UK has implemented autonomous regimes in addition to transposing EU regimes (some with keys differences). The UK currently has 18 sanctions regimes, 12 mixed UK/UN regimes, and 6 UN-only regimes. The Report provides a timeline of sanctions programme implementation since the end of the transition period to December 2021. The Report also gives a useful infographic on the targeted sanctions regimes, including the number of listed persons under each regime. The highest numbers designated are under the Syria (282 individuals and 70 entities) and ISIL (Da’esh) and Al-Qaida regimes (262 individuals and 89 entities). Some regimes which remain in place and continue to permit designation where appropriate do not currently include any listings, such as Burundi and Bosnia and Herzegovina.

The 2021 Annual Review of Sanctions Regulations

Under SAMLA, an annual review is required of each set of sanctions regulations to ensure they are still appropriate for the purpose for which they were created. Set out as an Annex to the Report, the Annex covers the UK country sanctions regimes as well as broader regimes such as Cyber and Global Human Rights sanctions. Interestingly the Annex does not, however, cover the Global Anti-Corruption Sanctions, but these measures are briefly discussed within the body of the Report.

The Annex provides insights into the purpose of the sanctions and the geopolitical context, as well as clues as to what factors the UK Government will consider to either strengthen or relax sanctions in various regimes, for example:

The UK aims to take on a distinctive leadership role as a credible, effective and collaborative sanctions partner. With an independent sanctions policy, there are new opportunities for the UK to make significant investments in bilateral and multilateral relationships. 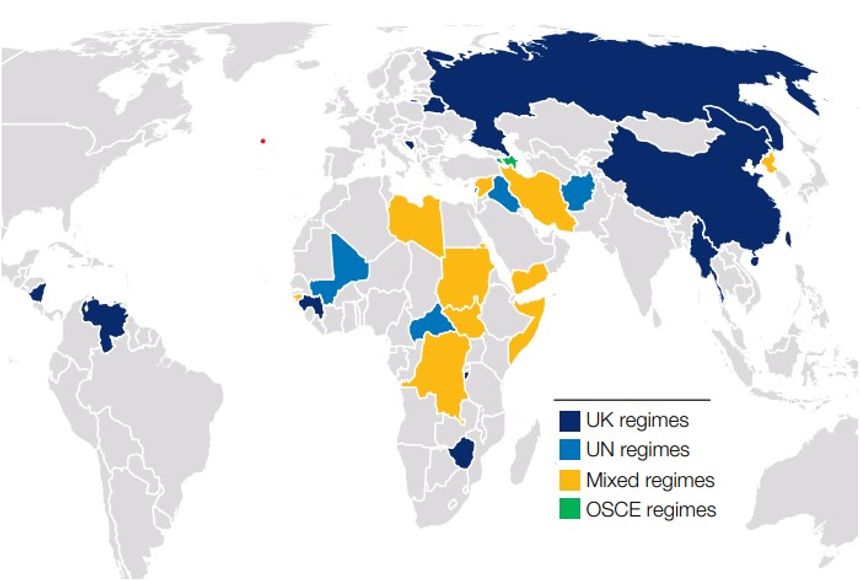